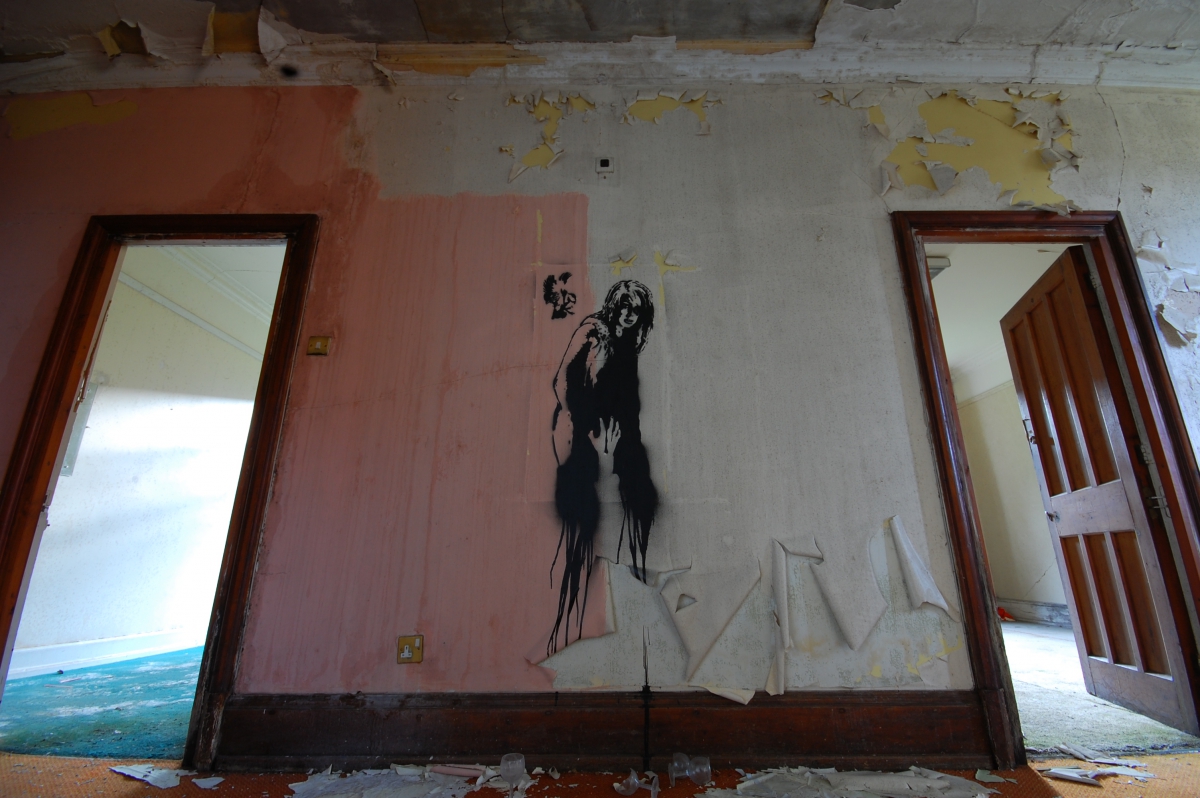 It happens time and time again, derelict buildings succumb to an act of vandalism, metal theft or the curse of the developers. If you spend any amount of time on any of the numerous urban exploration forums, you will notice a trend. Explorers don’t like it when any of this happens. We feel as though a dog has just crapped right in the middle of our playground. We will be the first to admit that there is a certain sense of sadness when a site we have explored is abused or demolished. There was a certain amount of chagrin afloat when we walked into our local site, West Park, to find a sudden surge in graffiti. Some intrepid people later returned and painted over it all to make a point!

As explorers, we don’t like it when a listed building burns to the ground for unexplained reasons (just about any mill up north), or when a once pristine building is stripped of any of the valuable materials and left exposed to the elements. These acts cause untold amounts of damage and can cause a listed building to be demolished due to economic or structural reasons. There was much sadness when the Cane Hill Admin block burned to the ground as the buildings had represented an iconic explore.

There are however a number of societies that highlight buildings that are at risk and although they have some successes, they are relatively powerless to act. But these things happen. It is part of the make up of Exploring and the wider world. I don’t think anyone ever complained about the absolute derelict state that Hellingly was in – it added to its photogenic charm and the acute sense of awareness that you may crash through the floor unannounced was unparalleled (there was a certain uproar when a small fire was discovered in the main hall though). We have to remember as explorers that the act of either vandals, or metal thieves busting their way into a building normally opens it up to us for exploring. Yes, we may become annoyed that a beautiful architectural feature has been ruined by artfully applied paint, but that feature will more than likely be ruined by the developers club hammer. Over the years that we have spent exploring we have seen many buildings come and go, even some that have clung to life, despite everything thrown at them.

It was sad to here that the Loxley Independent Chapel near to Sheffield burnt down over the weekend. It wasn’t the most exciting of explores, but it is another building in the long list of buildings that have mysteriously burnt to a crisp. Loxley Chapel had been on English Heritage’s (Historic England) At Risk register for the last 30 years, so much good that did. I expect that it’ll be demolished and replaced with a new modern building of little value, or soul.