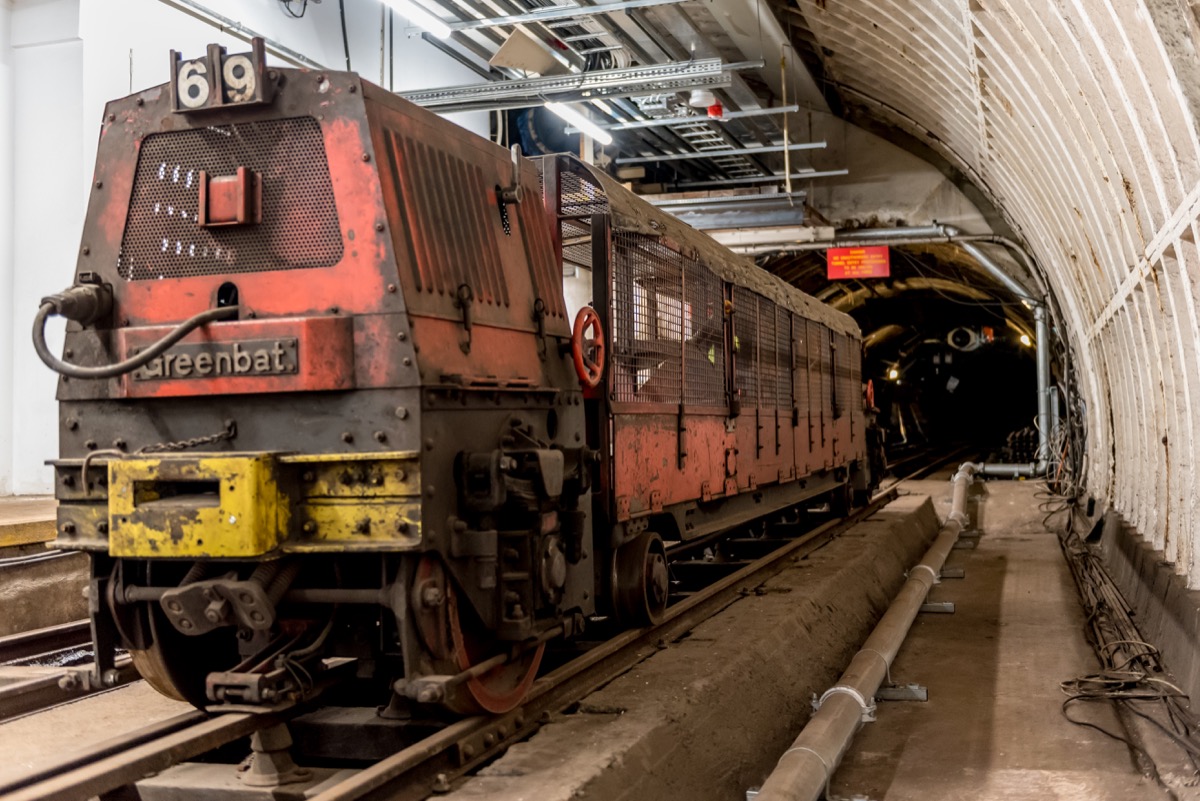 In the time honoured tradition of the British Worker during a warm summer, one half of TheTimeChamber took the opportunity to bunk off work early and catch the train to London.  Apart from a typical delay at East Croydon caused by the wrong type of sunshine on the tracks, the journey was standard Notwork Fail affair. Our destination? The Mount Pleasant Sorting Office. Not because we had a parcel to collect, but because we were coming to walk the rails of the Mail Rail as part of an organised Subbrit tour. For years, the exploring and underground communities have known of the existence of the Mail Rail, but up until a few years ago, it was under tight lock and key and only a handful of people outside of The Royal Mail managed a visit. In 2013, the British Postal Museum & Archive announced that it intended opening part of the network to the public as a Museum, eventually opening in 2017. Known for being proactive, we immediately decided to take a tour and finally got our act together some two years later and found ourselves descending underground.

The Rail mail, also known as the Post Office Railway, is a narrow gauge, driverless, subterranean postal delivery system that opened in 1927 to enable speedy delivery of mail across London between sorting offices, as congestion on the roads was making delivery times unacceptably slow. The Mail Rail operated from 1927 to 2003, and ran for six and a half miles from Paddington sorting office in the West of London, to Whitechapel sorting office in the East. A total of eight stations were constructed that connected to sorting offices above ground, with Mount Pleasant being the largest as it included the engineering and maintenance departments required for the line. Who would not want to see this? We would highly recommend it.