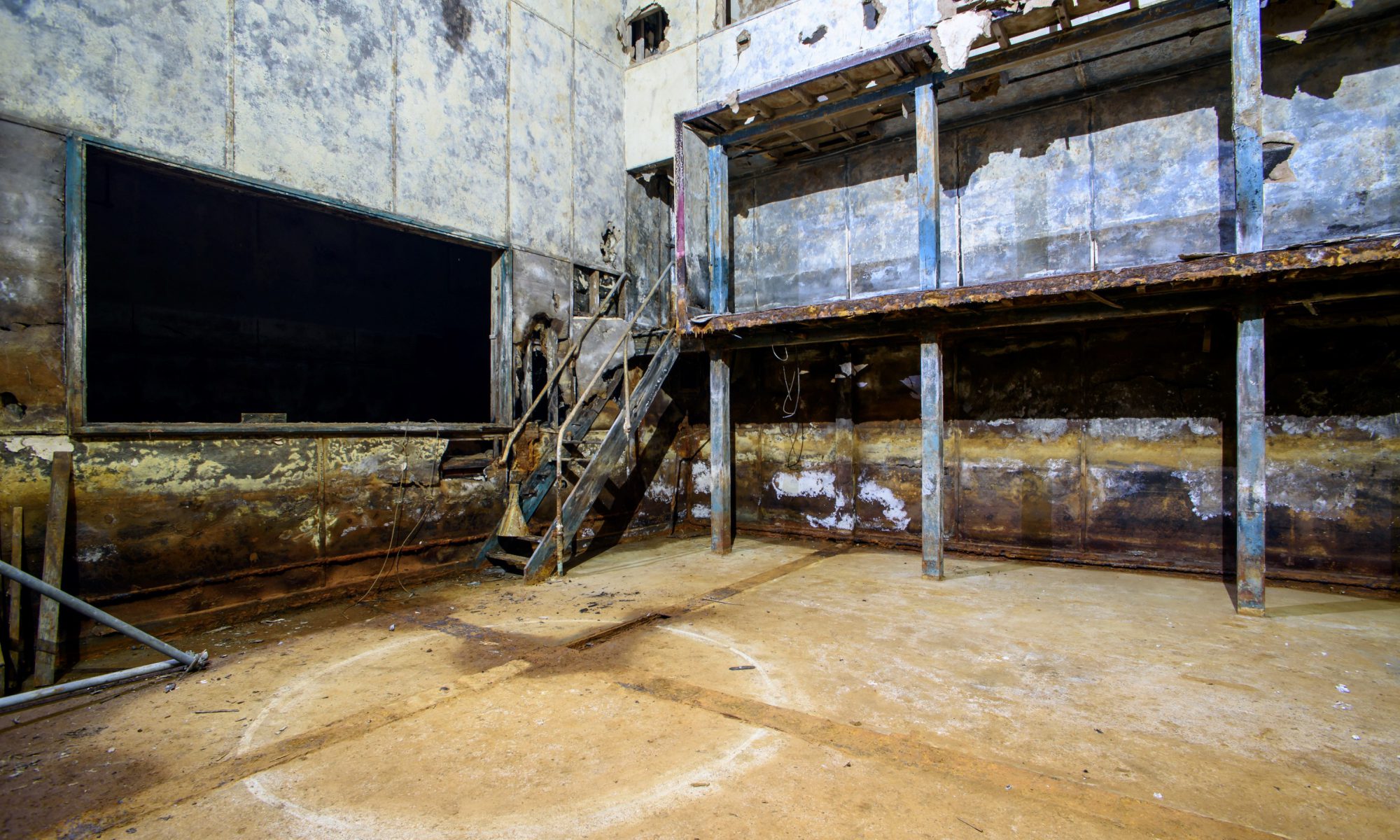 After nearly a decades worth of volunteering work at the R3 ROTOR bunker at RAF Wartling the summer of 2019 saw a key milestone reached;  English heritage deemed the site safe enough to run a series of Members Tours within the old bunker. Here on TheTimeChamber, we have been involved with the remedial works at the old RAF Wartling bunker pretty much from the start, where we have seen the bunker dried out, severe leaks repaired and access down into various spaces made safe.

A short history from Subbrit regarding the initial ‘big pump’ history.

When Wartling was sold by the MOD in 1976 it was still in excellent internal condition. When inspected in 1970 the power was still connected; the lights worked and although stripped of most of its equipment all the teak flooring was still in place on both levels. There was no water ingress anywhere. When visited by members of Subterranea Britannica in 1987 the bunker had deteriorated badly in the intervening years as it had been broken into on several occasions and badly damaged by vandals. All the glass windows looking into the two level operations room had been smashed as had all the toilet fittings. A lot of wiring had been stripped out and all the copper had been removed from the mains transformer. All the teak flooring on the upper level had been removed. The lower level was flooded to a depth of three feet in the corridor corresponding to a depth of five and a half feet in the AC plant room and operations room neither of which had raised false floors. As it was impossible to determine the state of the floorboards in other parts of the lower level no attempt was made to enter any of the rooms. A photographic survey of the lower level was made from the open doorways. It has subsequently come to light that the floorboards had not been removed from the lower level; when the bunker was eventually pumped out most of the floorboards had collapsed into the void below but in a few rooms they remain in place and in relatively sound condition. On the upper level, a brick wall had been built across the main access tunnel from the guardhouse to the bunker just beyond the cable shaft. The bunker and surrounding land was sold for the second time in 1989 but vandalism continued unabated and eventually a new secure steel door was fitted to the emergency exit to prevent further illegal entry.

When the bunker was again visited by members of Subterranea Britannica in 1996, the water level in the lower level had risen to seven and a half feet above the level of the lower corridor which was now almost completely submerged. There were plans to pump the bunker out in 1996 and the water was tested by the Environment Agency and was found to be sufficiently clean to pump directly onto the surrounding land. The water level was reduced by several feet but the pumps were insufficient to reduce the level to much below the 1987 level. The pump out was abandoned and the bunker was once again allowed to flood. In the later spring of 2004 the owner was approached by Subterranea Britannica and it was agreed that a further attempt should be made to pump the bunker dry. The water was once again tested by the Environment Agency who declared it fit to pump directly on to the land. It was decided to wait until later in the year when the ground would hopefully be at its driest and a start date of 11th of August was set for the ‘big pump’. By the time the pumps were turned off on the morning of Sunday 22nd August some 2.75 million litres of water and been pumped onto the surrounding farm land.

It was initially thought that the bunker would be left to flood again and was sealed accordingly, however the land owner is interested in preserving it for future generations. This was because the R3 Bunker at RAF Wartling is an interesting site as it is one of only a few accessible ROTOR bunkers that is still in its original configuration. Other R3 type bunkers around the country found subsequent uses and heavily altered internally. As a result of this a small contingent of volunteers from Subbrit and KURG undertook to perform some remedial works, not to restore the bunker, but rather to stop it deteriorating further

The following works have been completed, and the bunker is now dry with only the lower level sump having water in it (as of April 2020). Photos from the work days can be found here.

Future plans include continued cleaning and making good to enable access to all rooms, including plant room and installation of new flooring and walkways. A selection of photos showing the current condition of the bunker are displayed below: