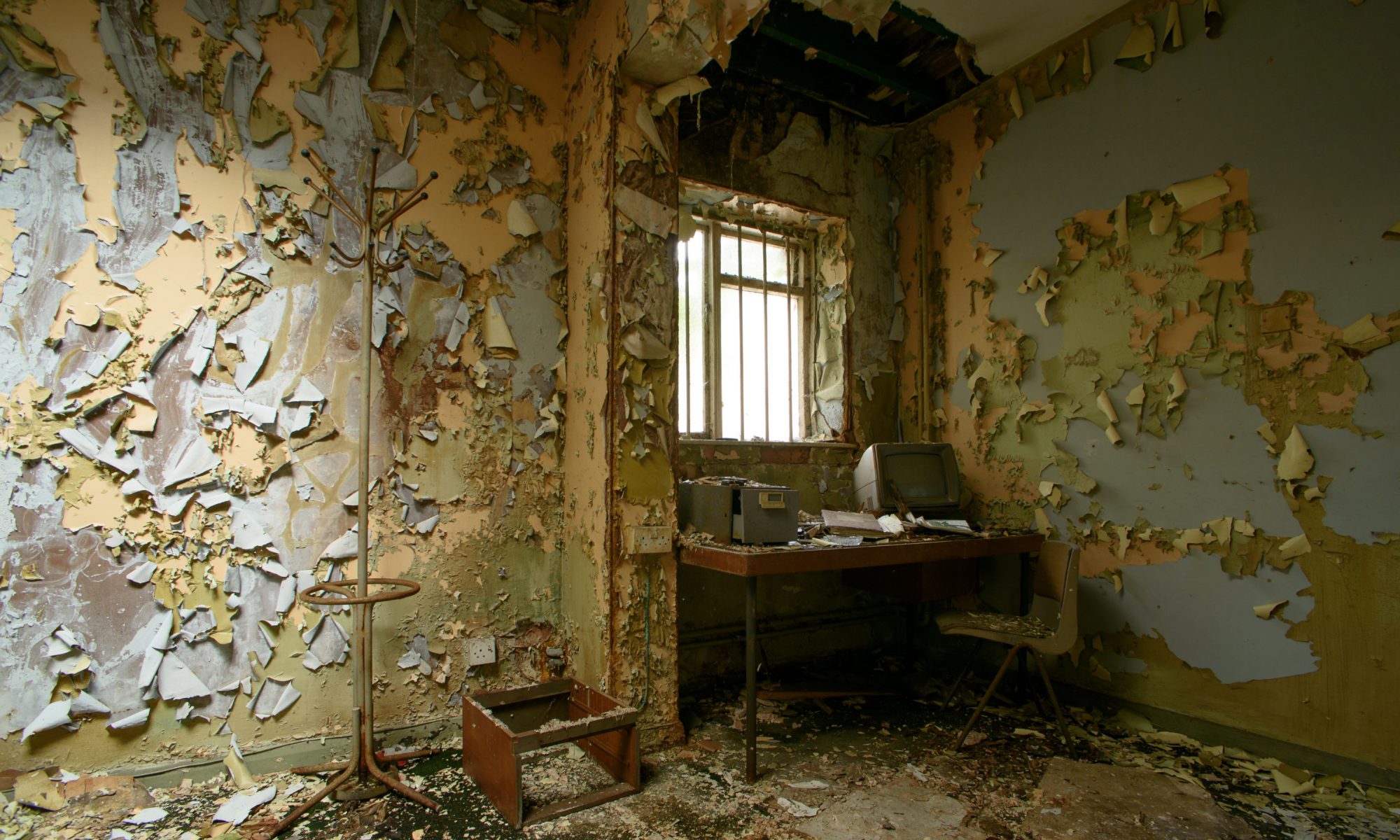 With the constant evolution of the British Social structure, and the continuing change to our urban environment, there are a number of important derelict buildings that litter our landscape.  This section contains a small selection of these such buildings, and where possible, a detailed history is detailed for each building.

We have also begun to compile a list of books that have helped to contribute to the website, a list of them can be found here. Call it ‘TheTimeChamber Essential Reading  list’, if you will.

During The Victorian period, over 120 institutions were built throughout the British Isles between 1811 and 1914, these Asylums were built to serve as a tranquil retreat for people within the counties population who could not afford care for themselves. Their purpose served as a advantage for both the local population and the patients, it provided safety for both parties as the two were kept separate and offered a large means of employment for the local population. The Hospitals started off serving a small population of patients, typically below five hundred patients, but as time progressed and the population grew, the Asylum were designed or extended to house populations of over two thousands patients. Nearly a century later, the number on institutions has decreased significantly with many of the hospitals using less than 50% of their beds; with the Mental Health Act passed 1983, and the care in the Community Act passed 1990, many of these aging institutions closed down and have since been demolished.

Learn more about them here.

Dotting the landscape are 1500 derelict nuclear monitoring posts, and 40 headquarter bunkers, that were constructed in 1956 after WW2 to provide a nuclear fallout monitoring role throughout the British Ilses. TheTimeChamber has been painstakingly documenting them when they can, whilst restoring one of their own in the Sussex Countryside.

Read about it here…

Here at TheTimeChamber, we love anything to do with the underground. We can’t tell you why, we just do, so check out where we have ventured here. Here you will find everything to do underground mines, railway tunnels and even Underground Stations.

Read about them all here…

Hiding from the skies, Britain sought cover during the bombing raids of WW2. After WW2, these bunkers were either sealed or put to different use. Now they are beginning to reveal themselves.

A Place for everything else that we have decided to venture into an explore, from abandoned industry that litters the UK landscape, to old country houses that have been left forlorn and derelict.

The ROTOR system was an early RADAR system constructed during the 1950’s to protect the UK Airspace, rapaid advances in technology meant that a large number of them were abandoned after a brief period of use. A number found new uses as hardened bunkers for use by regional government in emergency situations, and some were buried and forgotten.

With the constant fear of nuclear attack during the Cold War, the Government of the UK set about constructing control bunkers throughout to direct the country in times of emergency. Since the fall of the Berlin Wall, and the ending of the Cold War at the beginning of the 1990s, these bunkers have since been abandoned.

Like the UK, Europe has always gone to war with itself, the last century was the most bloody and violent in Europe’s history and has left a wide variety of abandoned installations throughout the continent ripe for exploring.