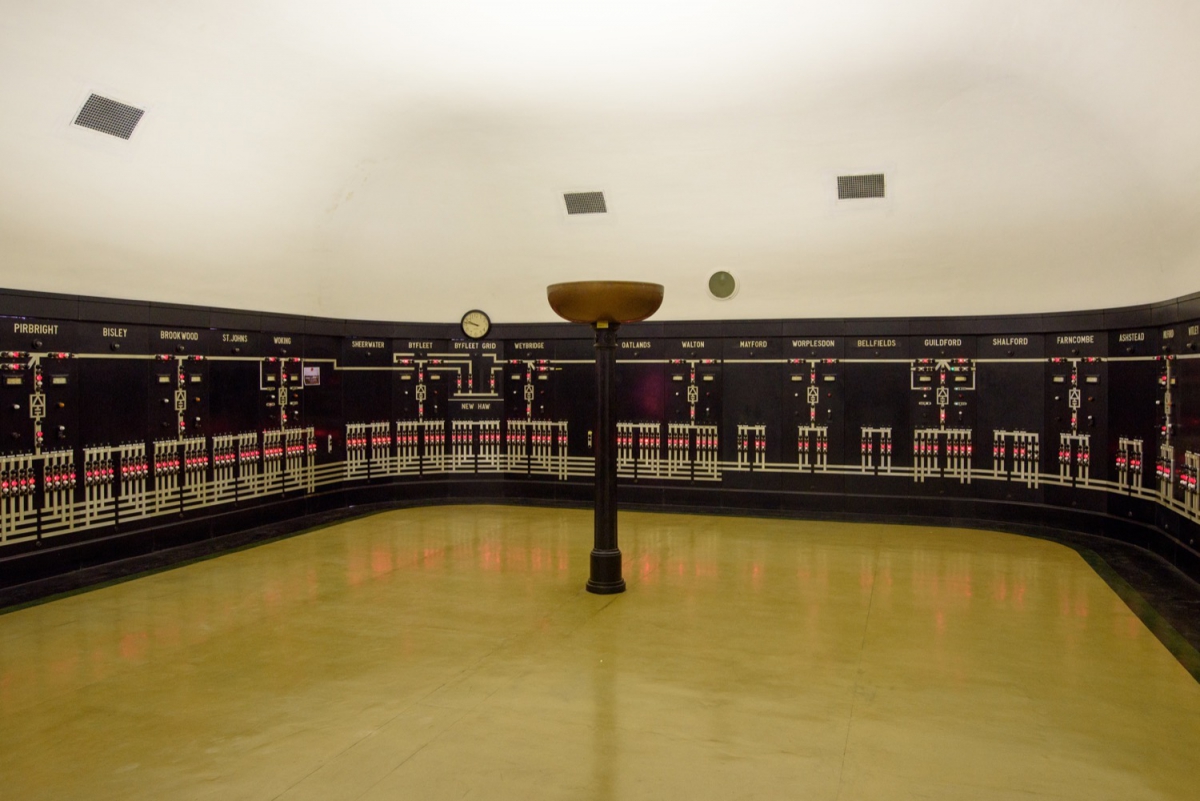 Once a weekend every year, during September, the country throws open its doors and welcomes passersby into the Countries heritage hidden in plain sight. The following weekend, London does the same thing. It’s like exploring, but a little more civilised and a little less climbing. We try to go every year if we are around as it allows us to see a number of places we would not normally get to see.

Last weekend we made a trip to somewhere we have always meant to visit – but haven’t quite found the time – the Railway HV Control Room at Woking. Sitting astride the Portsmouth Junction at Woking on the South West Trains mainline is a nondescript concrete monolith that must surely be ignored by thousands of commuters a day. Even if they weren’t buried in their copies of the Metro, it is doubtful they would even pay the building much attention. Little do they know at the gem they are missing out on! Hidden inside is a beautiful art-deco control room built in 1936 during the electrification of the Surrey section, and expanded again with the Reading extension a few years later.  The control room was decommissioned in 1997 when a new facility was built in Eastleigh. The building is still in use by Network Rail, they didn’t say what exactly for, but a few enterprising employees managed to get it listed as a Heritage Asset with Network Rail (the York museum apparently wasn’t interested as it isn’t old enough). Thankfully, a rare example of thirties infrastructure is preserved.

Another one of the other places we would never have gotten to see without the Heritage Open Days was the Foxenden Quarry Deep Shelter in Guildford. If you ever happen to find yourself parking in the Quarry Road carpark in Guildford, you are parking next to a piece of World War II history. Finding a way in would be next to impossible, a huge set of steel doors block your way, which themselves are backed by another set of gates. Anyway, leading into the old Quarry workings are a series of tunnels excavated to provide Guildford with Air Raid protection built to house thousands of people. Sadly, Guildford Council have had to shut the tunnels to tours because of Health and Safety…

If you haven’t been, they are a great day out and you get to see some interesting places. Last weekend was the UK wide open days; this weekend (17/09/2016) is the London Open House.  In case you are at a lose of how to spend your weekend, we would highly recommend going. Previously, we have seen the old Rotherhithe Mortuary, the London Guildhall and more.