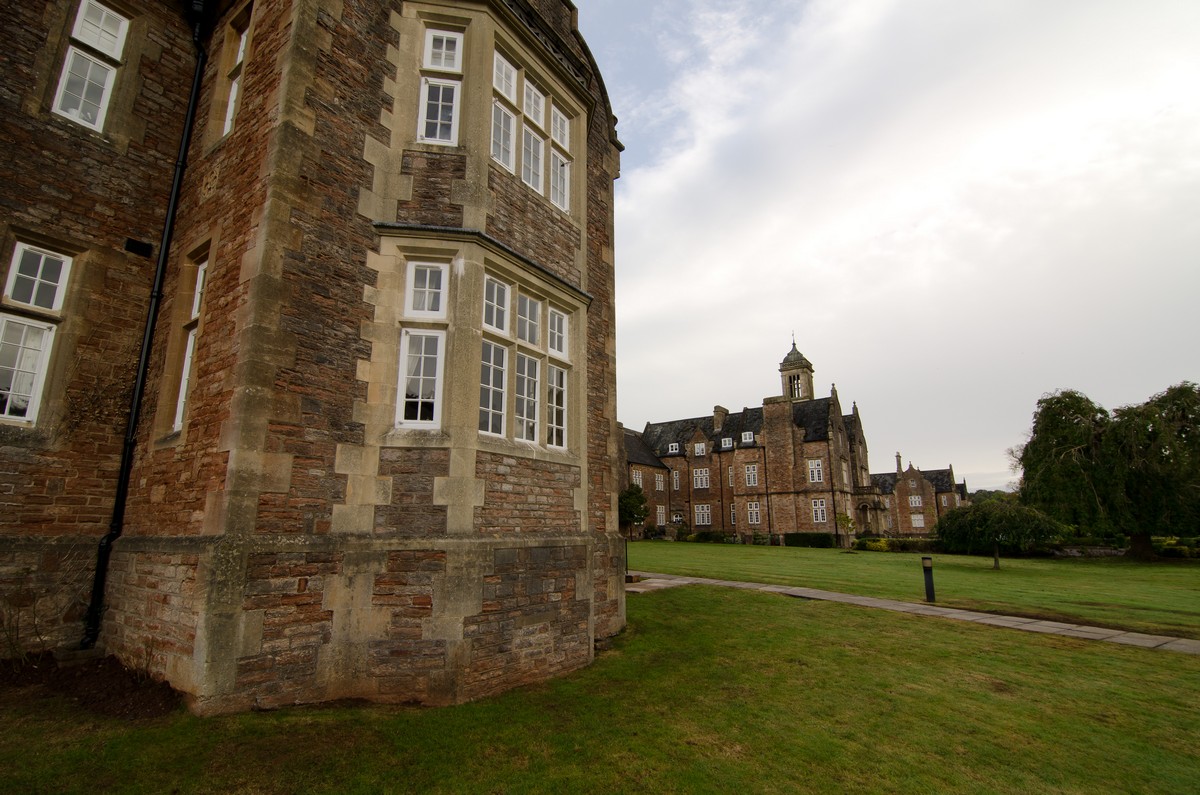 During the 1840s the Somerset Justices, along with many other counties, decide to enact the 1808 County Asylums Act and levy a rate to build an Asylum.  This was also in response to the incoming 1845 Act that required every County to provide an Asylum.  In 1844 the County made the decision to buy a plot of land on the outskirts of the City of Wells, over £6,000 was paid for the land of Mr Perkins that was abundant in construction materials.  Apparently building stone and lime scattered the plot.  An Architects competition was held in 1844, and George Gilbert Scott and William Moffat were the winners.  The design represented the common Corridor Layout of the time and was very similar to the Shropshire and Montgomery Asylum in Shelton, the building was designed to accommodate 350 patients.  Interestingly, a few years before the hospital was to close, one of the other competition design was found and it represented a wildly different design common to the times; there were two administrative cores and the wards radiated outwards.  Construction was completed in 1848 by Mr. Kirk of Lincoln and cost a total of £41,000, including land costs.

The hospital accepted its first patient on the 1st of March, 1848 and the first Resident Physician and Superintendent was Dr. Boyd, who served the hospital until 1867.  The first patients were drawn from local Workhouses, Licensed homes and private homes.  In 1852, there were only two padded cells within the hospital, but through caring management they were rarely used.  Less than five years after opening, the hospital was already becoming crowded and future extension was foreseen.  In 1850, a new cottage ward was constructed adjacent to the farm and was used by convalescent males to tend to the Farm.  In 1860, after an experiment with Male and Female mixed dining – in those days, the sexes were separated – a new dining and recreation Hall was constructed.  In 1867, a 30 Bed Villa was constructed to the North of the Hospital to accommodate Female Patients.  At the same time, 20 patients started quarrying stone in the Asylum Quarry for a new chapel.

In 1867 Dr Boyd retired and was succeeded by Dr Medlicott, who served the hospital for 14 years before being dismissed for unknown reasons.  During his Tenure, he set about closing the onsite brewhouse and changing the daily ration of Beer/Cider to Tea/Coffee.  He opened the new chapel and burial ground and also set about claiming more space for the Asylum by converting the loft spaces into dormitories.  Dr Wade took up the post of Superintendent in 1881 and set about rapidly improving the buildings.  In 1882 he commissioned and new 100 bed villa to the north of the Hospital to alleviate the overcrowding, costing £8,000.  In 1901, Dr Laing took the helm and but a much needed isolation hospital to the North of the main buildings, and opened a Private Asylum, which was later moved to the Hillside Villa.  No further significant buildings were constructed at the Wells Asylum, but continual improvements to the building fabric were made.  Electricity was introduced in the 1920’s, a cinema in the 1930’s and various health facilities were installed throughout the buildings.

The hospital eventually closed its doors in 1991 and has since been converted into 300 luxury homes and apartments.