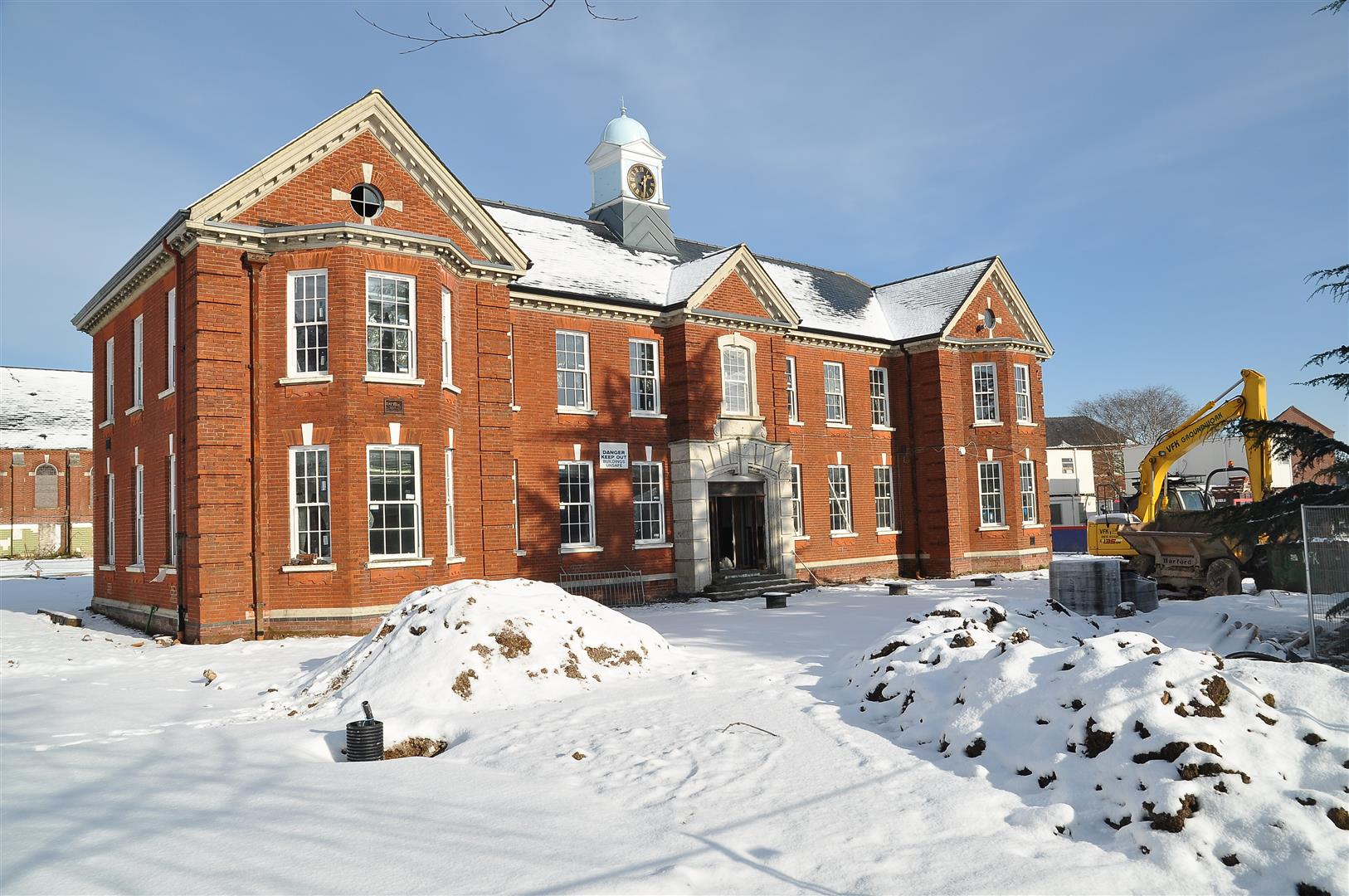 Park Prewett Asylum (Park Prewett Hospital), in Basingstoke, was the second county asylum of Hampshire, it was proposed in 1898 to relieve the overcrowding of Knowle asylum in Fareham.  Building work was started in 1910 but the asylum was not officially opened till 1921 having suffered a delay due to World War One when the Canadian military used it as the Number Four Canadian General Hospital. The asylum was again affected by World War, when in 1939 the patients were moved out so it could be used an an emergency military hospital for casualties from Europe.

G.T. Hine designed Park Prewett to be a compact arrow type asylum, with outlying wards and open sided corridors. The asylum again features central stores, maintenance, a water tower and main hall which the wards were located around in a ‘D’ shape joined together by large corridors. This style eventually evolved into the colony style layout.  The asylum was situated on 300 acres of land that was formally the Park Prewett farm.  The main building consisted of 15 wards, housing 1200 patients and a further 100 in admissions.  In addition to this, there were a further 10 villas in the surrounding grounds and a private wing, called Rooksdown House,  to house 100 patients.  At its height the asylum accommodated 1300 patients and 170 nurses and support staff. The asylum closed in 1996 and was converted to housing with only the water tower, wards, admin and main hall (which was rebuilt in the 1980’s after a fire) remaining. For more information please visit Park Prewett Info

Britain From Above Aerial View – View 1

Britain From Above Aerial View – View 2