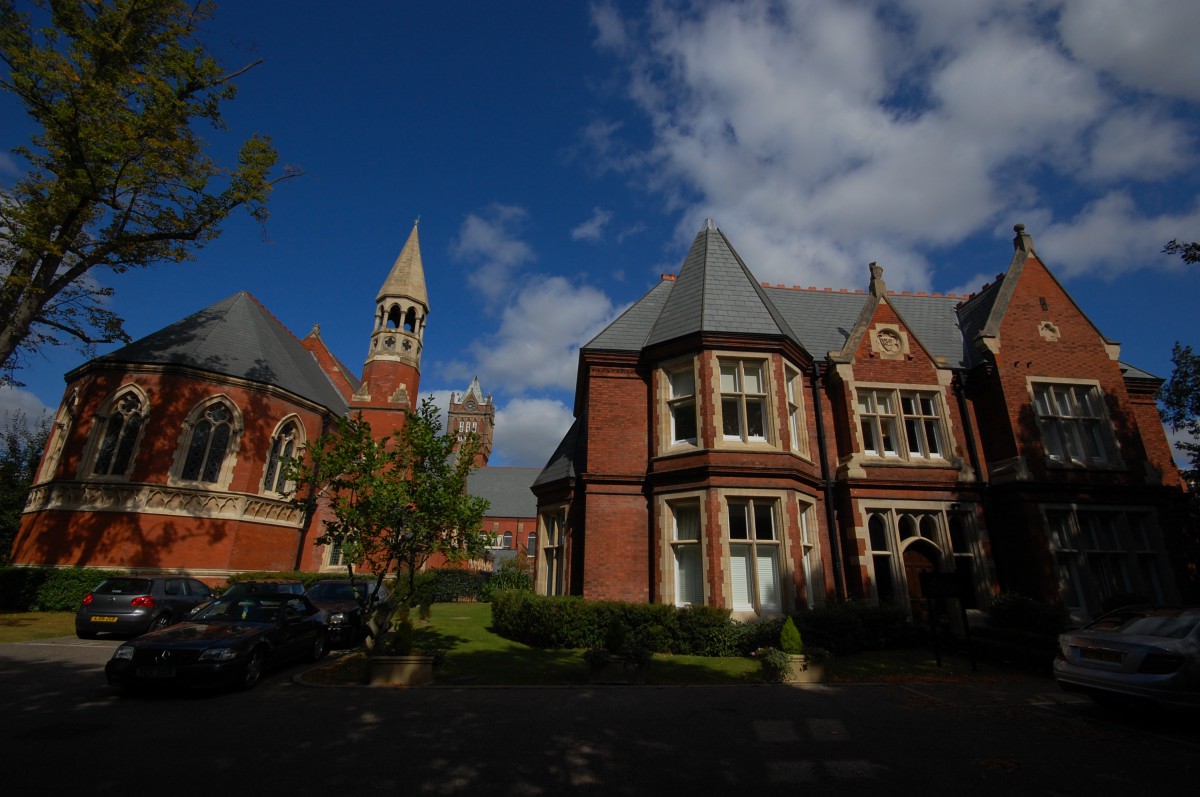 The 5th London County Asylum (Claybury Hospital) was the final hospital to be built by Middlesex for the London County Council was formed.  Before the Local Government Act was passed in 1888, Middlesex controlled most of the land to the north of the River Thames and at this time they were planning their fourth County Asylum – after Hanwell and Friern Barnet and Banstead.  The Middlesex Justices chose the site of Claybury Hall at Woodford Bridge for the home of their new Asylum, which was situated on he top of a hill and within 269 acres of land, the Asylums itself had over 20 acres of floor space.  The Justices ran a competition in 1886/7 for the Asylum design, and the soon to become prominent architect, George Thomas Hine, beat off 6 others entrants to win.  He managed this with his pioneering Compact Arrow Design which laid out the Asylum in a smaller and more logical layout than seen before – although arguably Cane Hill and High Royds Asylums were also revolutionary as they had similar layouts, but were opened earlier.  Claybury was also one of the first Asylums in the country to incorporate a laboratory to try and determine the pathology of mental illness.

Building work began on the 1st of October, 1887, with 100000 cubic yards of soil being removed from the summit of the hill to level the ground out.  The contractor was paid £1,500 to do this, but the work actually cost them £1,800.  During this time, the entire estate was ringed with a 2.5 mile fence and in March 1888, the two gate houses were built.  These were occupied by the architect, Hine, and the Clerk of Work Mr Wise.  The laying of the foundations began in June 1888 and the work was contracted to Howell & Son of Bristol.  By the end of the year the company had been liquidated and building work stopped in December that year with only a third of the work being completed.  This left Hine with a predicament of covering over the works to protect them from the winter weather, the walls were left exposed and much damage was caused.  Matters were further complicated when the London County Council was formed and took charge of the Asylum construction.  The formation made Claybury the fifth asylum to be within the control of London.  The LCC immediately reappointed Hine as lead architect on the project.  Work on finalising the foundations was completed.

The Construction of the main buildings contract was awarded to Mr Gabbutt of Liverpool; the contract was worth £337,945.  The construction saw an amazing amount of material used; 27 million bricks were laid, 2,600 doors, 4,600 windows and 33 miles of service pipe works.  In 1891 it was decided to repair and extend the original estate building for conversion to a private asylum.  This was an annexe to the main asylum and was an attempt by the LCC to provide Asylum for wealthier lunatics who couldn’t afford the full private care.  They inmates were charged 30 shillings a week if they were residents from London.  At the same time, the LCC decided that they would not use Gas as the primary light source within the hospital, but install lighting throughout.  This was the first Asylum to do so, and with the design being directed by the LCC, with plans inherited from Middlesex, the asylum was outfitted to a high standard, with oak panelling and stained glass adorning many buildings throughout the site.  The original idea from the Middlesex Justices was to move away from the ‘poor-law’ image that was associated with the Asylum system.  The construction of the Hospital was finished in 1893 and the first patients were admitted on the 16th of May that year, reaching the total capacity of 2500 patients three years after opening.  The final cost of the Asylum, after building and fitting out with equipment came to £579,303.

Claybury was one of the first Asylums to incorporate a research building into Mental Diseases, the LCC appointed one Dr F. Mott to hold the first post.  He published his findings from his research at Claybury between 1903 and 1922 and during this time he investigated over 3,000 cases.  He discovered that the ‘General paralysis of the Insane’ was directly linked to Syphilis, along with identifying that mental health problems could lay dormant over a number of generations.

By the 1930’s, the reputation of Claybury Hospital had become world renowned and experienced visitors from as far away as the USA and Japan; at the same time the hospital under went a period of expansion.  This saw the construction of an admission centre, nurses accommodation and a new operation theatre; this was the first expansion of Claybury as the development of the Horton Estate did not necessitate any further work.  With the creation of the NHS, the hospital was transferred away from London County Council control and in the time between 1954 and the early 70’s the population declined by over 1000 patients and with this, the hospital moved towards mixed sex wards.  During the late 60’s and early 70s the hospital saw expansion with facilities for nurses being improved greatly.

By the mid 80’s, the NHS had outlined the closure of both Friern & Claybury with laundry services being shut on both sites; the main services of the wards were concentrated to the south of the hospital and the wards at the north laying empty.  The Hospital finally shut its doors in 1997.  At this point the NHS pushed to have the maximum amount of the site demolished, with little being retained, however English Heritage and the local planning authority wanted maximum retention.  Claybury was, and still is, considered one of the most important Asylums to be built since 1875 with respect to its architecture.  After a consultation period was held in 1997 it was decided to convert the site to housing, with the majority of the wards being Grade II listed and converted; only the services and a few northern wards were demolished.  The water tower was converted to a single dwelling over eight floors and the Hall & Chapel has been converted to a gym and pool.  The site is now known as Repton Park and is a gated community.

Below is some information that are related to the ClayburyHospital