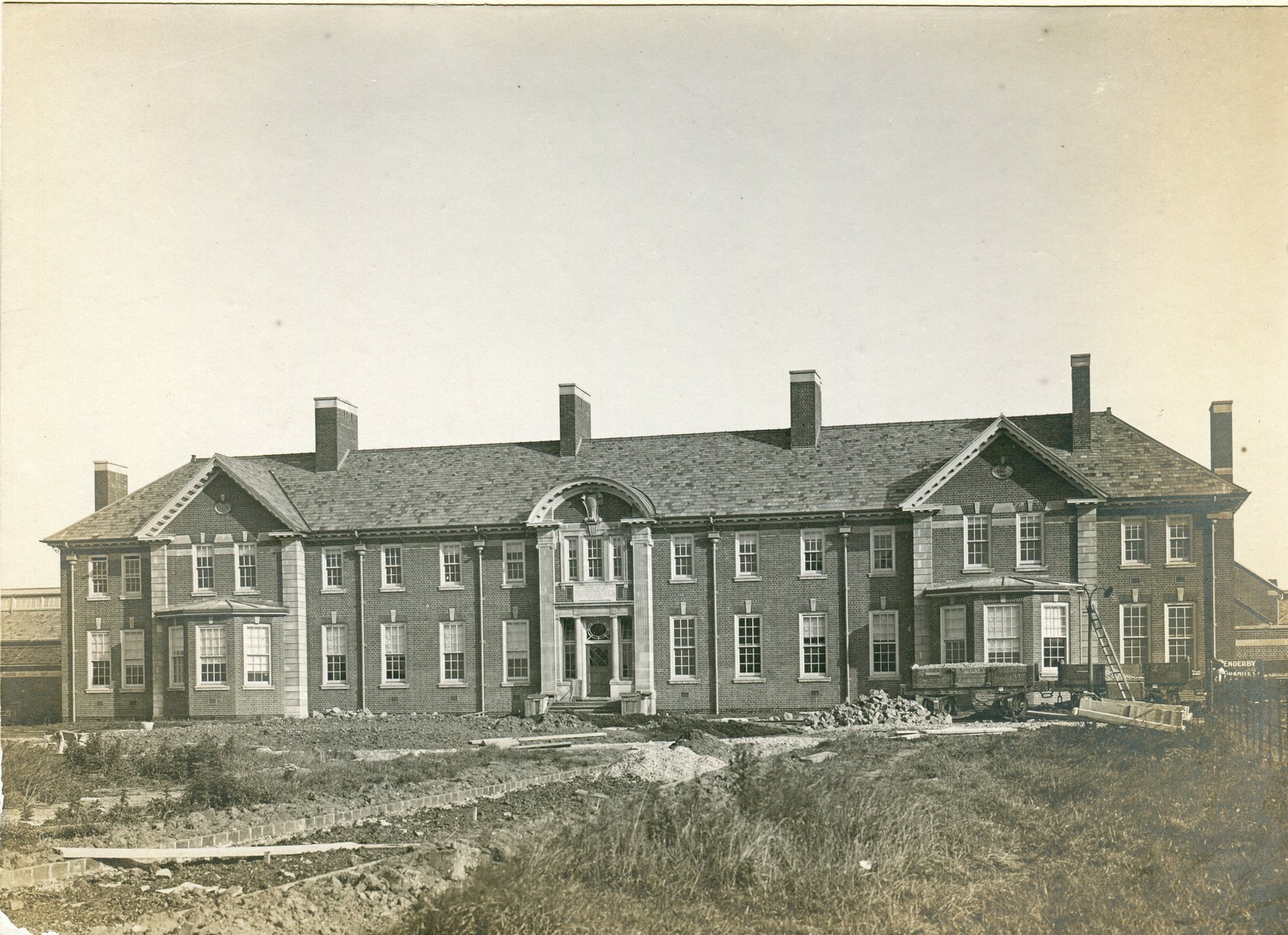 The first Asylum within the County of Leicestershire was opened on what is now the site of the University of Leicester, and was opened in 1837. A the turn of century the original buildings were deemed to small and overcrowded and a new Asylum was commissioned at Narborough and was to receive 912 patients. The Original Leicestershire Asylum was closed in 1908 and utilised by the Military in 1914 as the 5th Northern Hospital, where it remained until 1919. In 1921, a local textile manufacturer and philanthropist, Thomas Fielding Johnson bought the site and gifted the estate to the Borough of Leicester to house a new University. The original buildings still survive today at the heart of the campus.

With the decision to replace the Original Buildings made, 184 Acres land was purchased in 1900 at Narborough and construction commenced in 1904. A local firm, Pick, Everad, Keay and Gimson were selected to design and build the new Asylum and the new Asylum was officially opened on the 1st of October, 1907, at a total cost of £241,278. Due to the late running of the electrical installation the building was not occupied immediately. However, the farm was occupied at the same time as opening. The building was laid out on the Compact Arrow arrangement, which was common at the time, alongside a comprehensive farm and grounds. In February and March of 1908 the first patients were transferred to the new buildings, with charity cases following on a few months later. Approximately 900 patients in total were moved over to the new complex; the population remained relatively stable throughout its operating years.

Unlike other Asylums, Carlton Hayes did not undergo rapid expansion, but in 1971 the Woodlands Day Hospital was neurotic disorders was attached. In 1995 the hopsital began to shut down, and the doors closed finally in 1996 with the site being demolished to make way for the Alliance and Leicester Building Society campus.