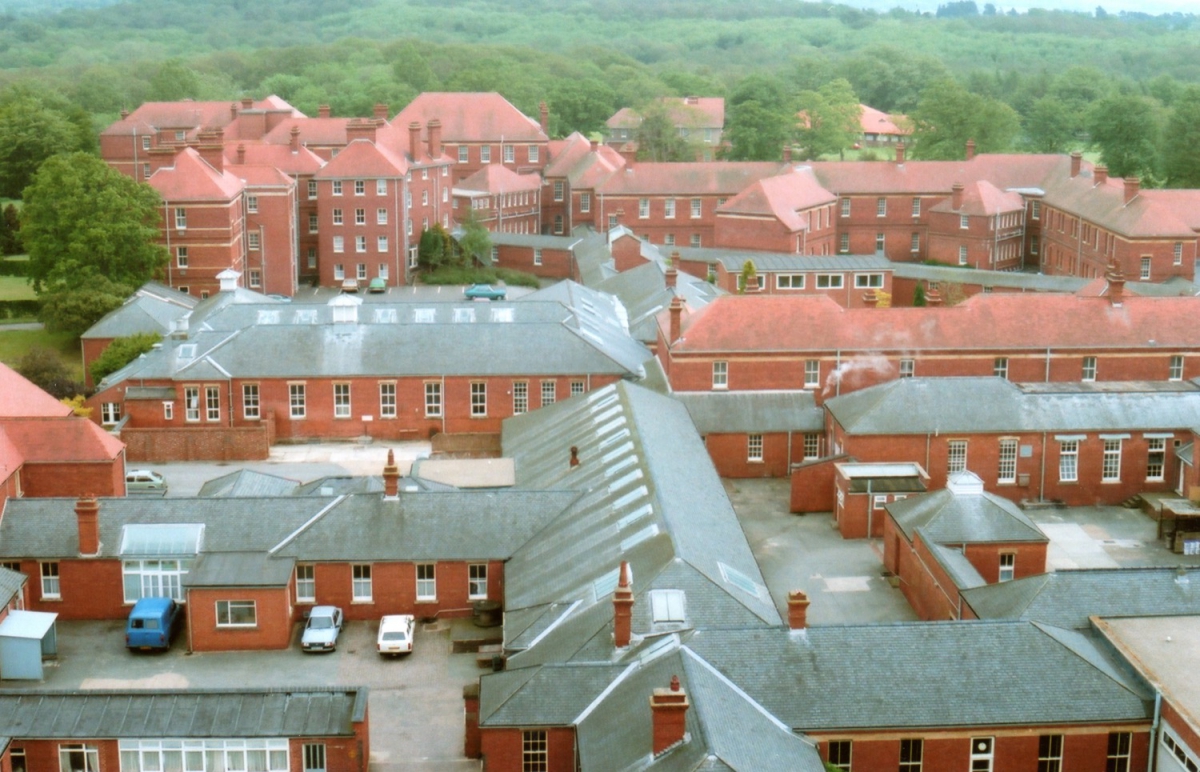 Hellingly. The forgotten Asylum of the south; 20 miles to the north were both West Park and Cane Hill brimming with interest and rooms crammed with items to rummage through. Hellingly, sat nestled in the middle of the East Sussex countryside, over looking the downs, utterly ruined. It had a certain derelict charm perfect for exploring and photographs alike. There was also a certain ‘I am going to fall through the floor at any moment’ feel to the place. Always exciting. Only a few explorers we know can remember it being anything but a ruin; and that is only because they were local to the buildings and remember it closing.

So imagine our joy when someone we know got in contact and said they had a stack of Hellingly plans and photographs that they would like us to see? It was a little unexpected to be honest. That was a number of years ago now and we had totally forgot about them , at least until we were routing through our hard drive looking for something unrelated and stumbled into their folder. 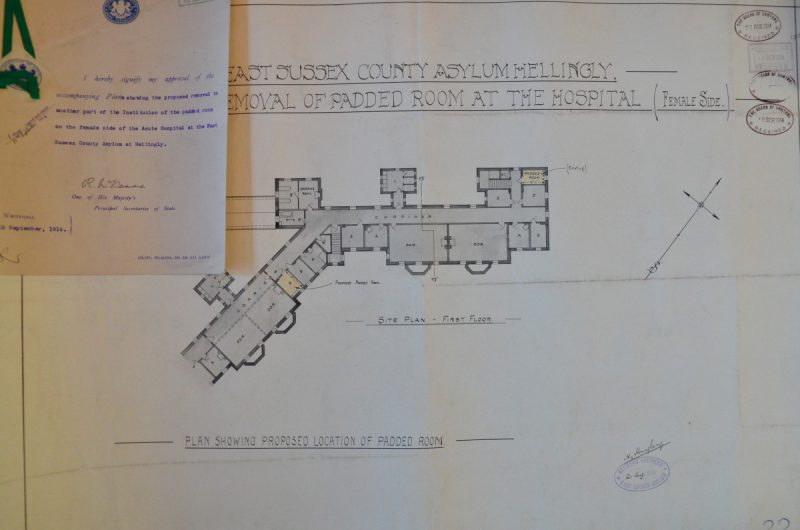 If you cruise around the internet searching for various things to do with Urban Exploring, you can occasionally come across some interesting old images from before the buildings became derelict. Sadly, little exists in the public domain of the old Victorian Institutions, especially the Asylums. On eBay a few posts cards can be found easily, but the are quite expensive. There are a number of books published, but for every 100 pages, you get a single image. We had never expected to be handed a CD with over 300 historical photographs of the Hellingly Hospital, ranging from circa 1930 until the hospital had closed. We thought it would be interesting to match some of the photos we have, with some of the photos we were given to try and illustrate how the hospital used to be. We have tried to match the images as closely as possible; in some instances the ward may not be the exact same ward, but you gt the jist.

As a side note, if you fancy loosing an afternoon head over to Britain from Above.