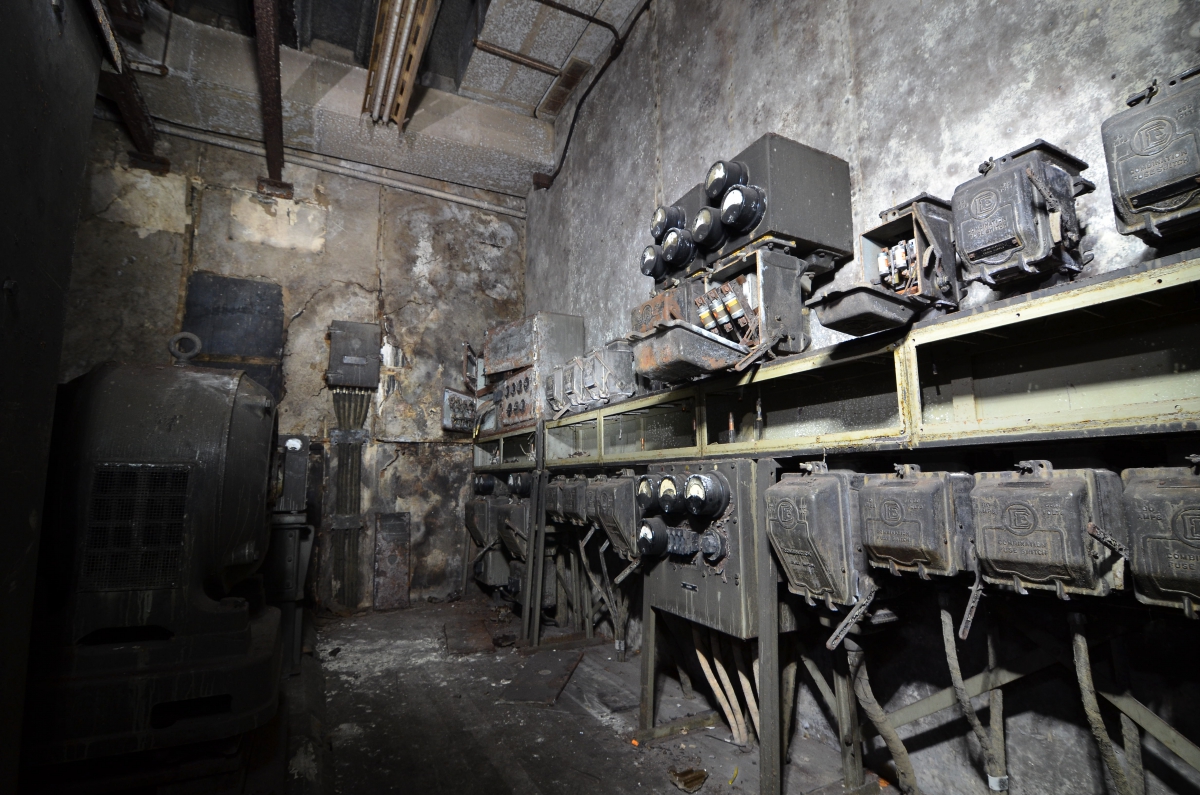 Here on TheTimeChamber, we have two obsessions.  Asylums and Cold War Bunkers. We love a good bunker.  They put our imagination right in the heart of a Hollywood blockbuster.  OK, we’ll admit it takes a little to get there as most of the ROTOR Bunkers we have visited are burnt out, flooded wrecks (excluding museums).

After World War 2 the system of Chain Home RADAR was run down as the threat of a new enemy was not recognised at the time.  When the Soviet Union detonated a nuclear weapon in 1949, Britain awoke to the dawn of a new enemy and hastily started constructing and reactivating a comprehensive network of RADAR stations.  The old Chain Home sites were reconditioned and a number of underground bunkers were built on the East coast of England, semi-sunken bunkers on the West coast, to provide accommodation to the main operations centre.  In a true Bond style design, the bunkers were accessed through a Bungalow that concealed a hidden entrance to the underground tunnel leading to the Bunker.  The only other clue that there was anything hidden in the area was an innocuous concrete out house for the emergency exit, where a door, and if it hasn’t been filled in, stairs leading down below. Zoom out from the site a little further and you will see a few extra buildings, and a whooping great RADAR set.  We suspect the Russians new exactly what was there, with it squarely in their gun sights.

Other than visiting ROTOR Bunkers that have been converted to Museums, we had yet to visit one that was not a ruin, excluding the few museums that exist.  Wartling is a ruin, Portland is a burnt out shell, Bempton is gutted.  However, this all changed when we found ourselves standing on the edge of a fenced compound, freezing our tits off, looking over at an old RAF military installation and the North Sea.  The Birth Place of RADAR was calling. Unlike the other bunkers we have snooped around, Bawdsey is different and was functional RAF station up until the end of the Cold War, around the 1990s, and was known to be in good condition (side note: the bunker was shut earlier). Comparatively, others we had visited such as Wartling closed in the mid-sixties and had suffered severe flood damage.

We have mentioned it before, but entering into an underground space normally requires finding, and then squeezing through, a very small gap.  This time was no different. After making our way across a large fenced compound, we stood looking at an impossibly small hole in the ground. Here we go again! Slithering and sliding through, we found ourselves standing at the top of the emergency exit stairs. Now picture Wartling, the same stairs exist, but the cabling has been stripped bare and the walls show signs of years of neglect. Bawdsey was the polar opposite, cables still resided in their hangers, the walls looked clean and the transformer was relatively intact. What a difference. As we moved through the bunker, concrete plinths we expected to be empty contained all manor of equipment, including the telephone exchange and communication gear.

We can remember when Bawdsey first popped up on the on various forums Radar over five years ago. It was dry, untouched and in mint condition. We wanted to go, but life and university got in the way and the chance slipped us by, with the bunker disappearing from view a while ago. Over the last few years it has opened and closed with the tides.  As seems to be the way with a lot of sites, it has started to go down hill. The community likes to say that posting sites across the internet doesn’t have an effect on them, but here on TheTimeChamber, we think it does. We don’t think that Bawdsey would have gone downhill if it wasn’t for the interest in the site by various exploring forums over the last few years. Looking back at past photos, there was no vandal damage and it looked like the land pirates hadn’t visited yet. We are more and more convinced that the more postings a site receives, the more attention it receives from people wanting to make a quick profit. It makes you think if it is worthwhile posting photos online at all, or if sharing it privately is a wiser move.  Food for thought.

Since visiting, we have managed to add a few more to the list – Hope Cove, Neatishead and Kelvedon Hatch have provided us with interesting places to see, all being relatively intact and good walk rounds. But nothing has quite matched stepping foot into an abandoned one that feels as if it could be restarted (after a little bit of work).