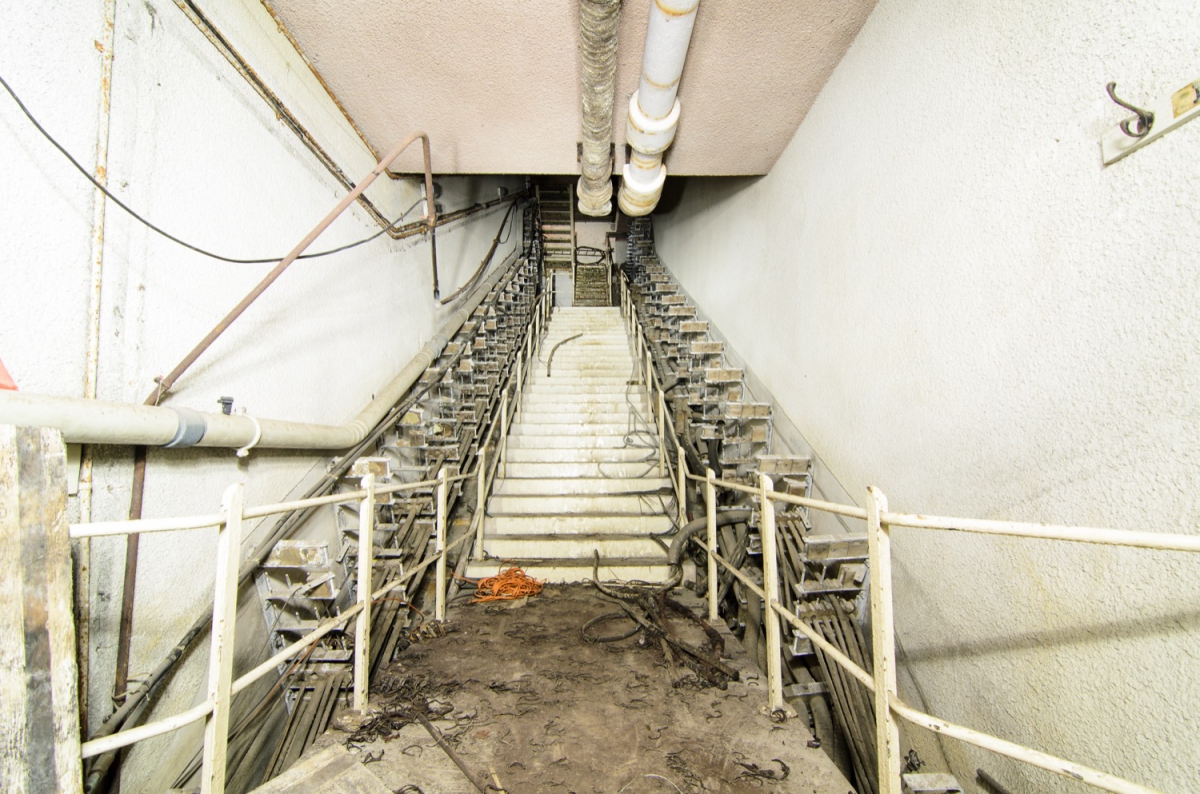 RAF Bawdsey has had a long association with RADAR as in 1935, Bawdsey Manor in Suffolk was used as a research station for the development of radio direction finding. Directly from this research a Chain Home Radar station was developed on the site and the installation was subsequently handed over to the RAF in 1937. Some fifteen other Chain Home stations were built around the south and east coast of the UK over the next few years. RAD Bawdsey was active throughout the war years with Chain Home, Chain Home Low and Coastal Defence radars and was one of the only sites in the UK during WW2 that operated all 3 types of radar.

In 1948 Bawdsey is listed as operating CH and CHL radar, and in 1950 was chosen to be part of the ROTOR project and work was begun on building the underground R3 operations room. In 1953 the site was equipped with the AN/FPS-3 search radar. Interestingly the radar station was already active during this time and was based in a wooden hut within the site, the underground control centre was completed in 1954 and operations were relocated there at that point. The unit was equipped with the one type 7 GCI radar (remotely sited), five type 13 height finder radar. two type 14 CHEL/GCI radar and one type 54 radar.

In 1958 Bawdsey was then equipped with the type 80 radar and the AN-FPS-6 height finder. The type 7 GCI radar and AN/FPS-3 were kept as backup radar heads and in 1963 the station became an early Master Radar Station. At the same time, an RAF Bloodhound Missile Squadron was stationed on site. However the station lost its MRS status in 1964 and was downgraded to ‘satellite’ station to RAF Neatishead. However, following the deliberate arson and disastrous fire on the underground R3 at Neatishead that claimed the lives of 3 firemen and put the site out of action, Bawdsey re-gained MRS status in 1966. RAF Bawdsey continued in this role until 1974 when the MRS status was re-assumed by RAF Neatishead following recommissioning of the R3. In March 1975 RAF Bawdsey was placed on care and maintenance and this ended its Radar role. However, the site lived on as the Bloodhound missile site, between 1984 & 1985 the bunker was used as the alternate site for RAF Strike Command until the bunker at High Wycombe came online, at which point the bunker was stripped and abandoned. The RAF Bloodhound Squadron remained on site until March 1991 before withdrawing to RAF West Raynham and the site closed.

The station motto was ‘First in the Field’.

The site is now derelict and rapidly deteriorating which is a shame as it is a very complete ROTOR bunker, and a unique site in the history of RAF Radar.

Below is a selection of information related to RAF Bawdsey