The City of Pripyat was constructed for the workers of the Chernobyl Nuclear Power Plant. It was founded in 1970 and reached city status in 1979. The city was abandoned in 1986 due to the catastrophe at the nearby power plant, and around 50,000 people were evacuated. The city of Slavutich was built as a replacement.

Evacuation note broadcast to the citizens of Pripyat.

“For the attention of the residents of Pripyat! The City Council informs you that due to the accident at Chernobyl Power Station in the city of Pripyat the radioactive conditions in the vicinity are deteriorating. The Communist Party, its officials and the armed forces are taking necessary steps to combat this. Nevertheless, with the view to keep people as safe and healthy as possible, the children being top priority, we need to temporarily evacuate the citizens in the nearest towns of Kiev Oblast. For these reasons, starting from April 27, 1986 2 p.m. each apartment block will be able to have a bus at its disposal, supervised by the police and the city officials. It is highly advisable to take your documents, some vital personal belongings and a certain amount of food, just in case, with you. The senior executives of public and industrial facilities of the city has decided on the list of employees needed to stay in Pripyat to maintain these facilities in a good working order. All the houses will be guarded by the police during the evacuation period.  Tovarishchs, (Comrade) leaving your residences temporarily please make sure you have turned off the lights, electrical equipment and water off and shut the windows. Please keep calm and orderly in the process of this short-term evacuation.”

We explored the city over two days, and managed to see a wealth of sites, from the infamous fun fair to fewer seen sites such as apartment buildings and fire stations. During our time within the city, we encountered few other people, aside from a film crew. But wildlife was abundant. 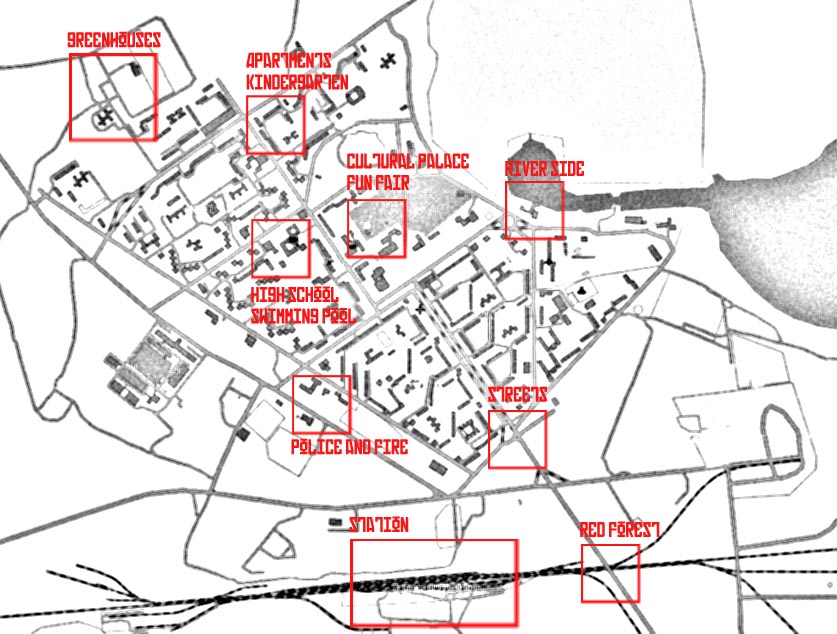