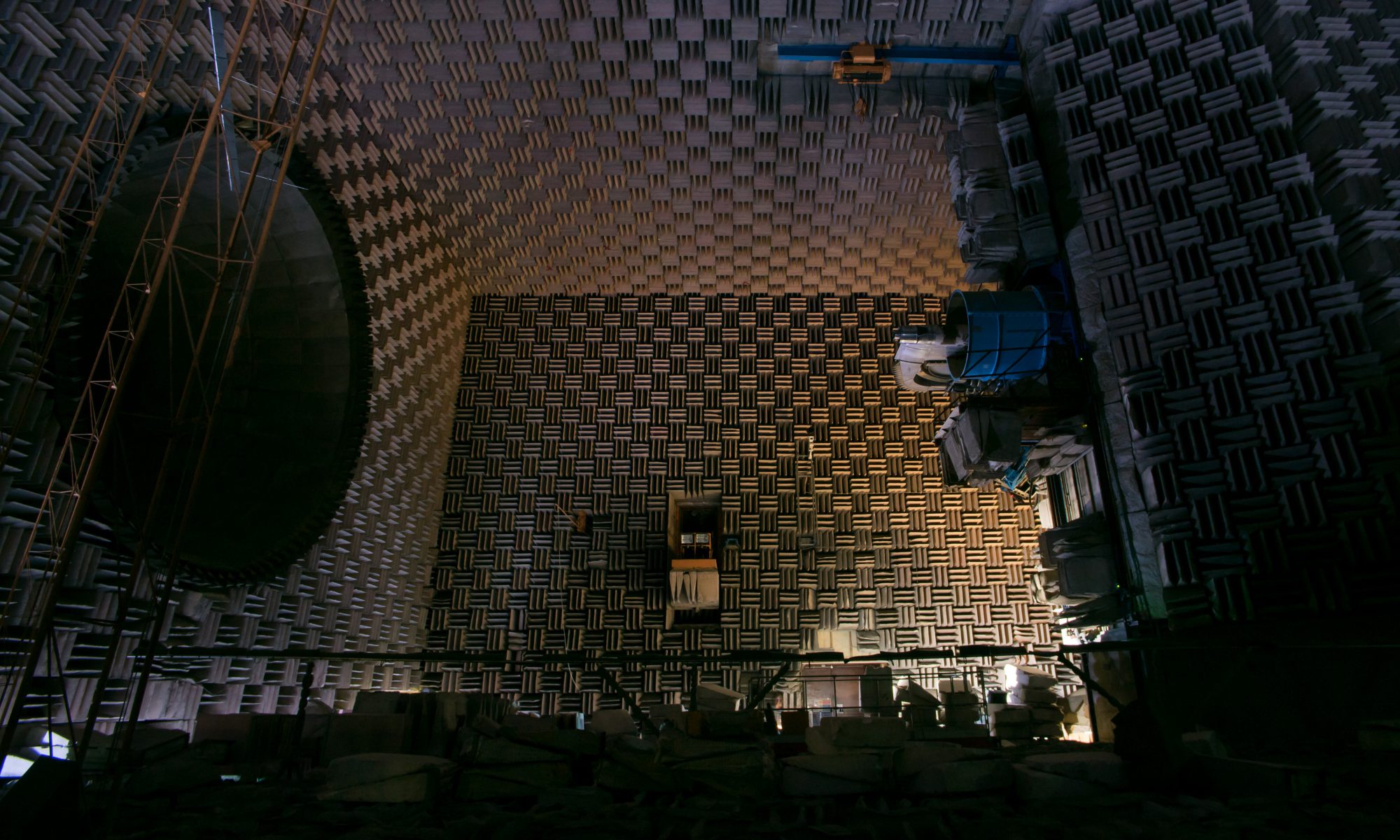 Pyestock. A name that still echoes with many explorers. It was over ten years ago that we first visited and during our penultimate visit where we sat atop the Bramshott cooling towers at night looking towards the then still-in-use Noise Test facility, did we wonder whether we would ever be able to see inside it. This was probably our fourth or our fifth visit to the site and our next one turned out to be our final one after we were caught, detained, and photographed before being threatened with aggravated trespass if we returned. Thereafter we gave the site a wide berth and moved onto other things. 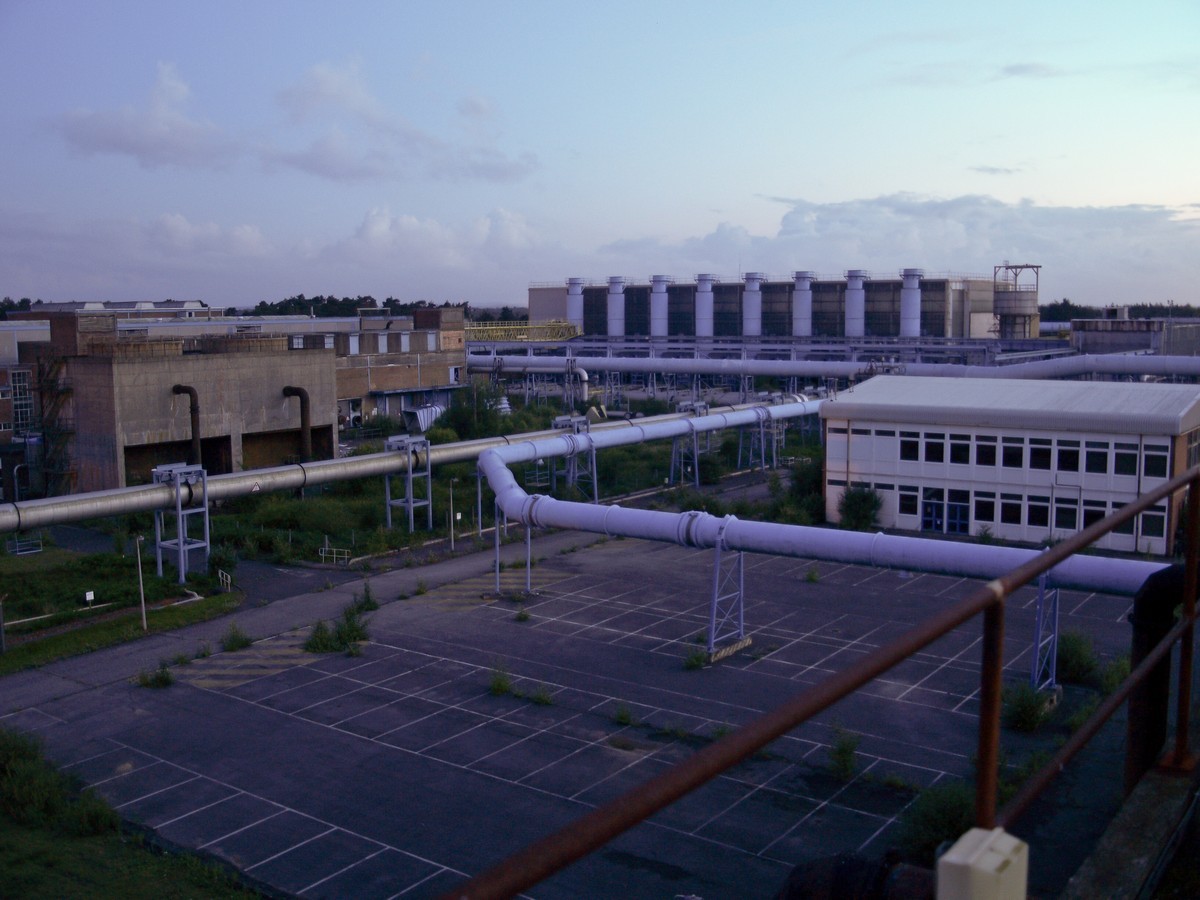 A few years later when the site was in the middle of demolition did we decide to have one last look; we were partly successful before we were spotted by a digger driver and then chased off by someone in a Land Rover (no, it wasn’t the tenacious ex-Gurka security guard in the blue Land Rover that had us laying in a ditch for 2 hours before he gave up).  We thought this was the end of Pyestock as demolition finished and a planning application for a new housing estate was submitted to the local authority. Since then, the site barely crossed our minds, other than occasionally popping up when we donned rose tinted glasses after a few beers have been consumed.

However, that was until we received a nudge from a fellow explorer that the Anechoic Chamber was now finally decommissioned and was scheduled for demolition. We couldn’t resist and final look and we wandered over one evening in order to sit on the roof at sunset like we did on the cooling towers all those years ago.

It felt like the old days. That long, impenetrable MoD spec fence. Dog Walkers. Time spent looking for a way in. The sight of ‘that blue pipework’ through the woods. Beeping PIRs. Security racing past whilst we buried ourselves into a nook. Senses heightened. Unlocked doors. Silence. – and then that feeling that only explorers really understand. It cannot be experienced from looking at any amount of pictures on Instagram, Facebook or Flickr.

Taking a punt. Getting in. Result. 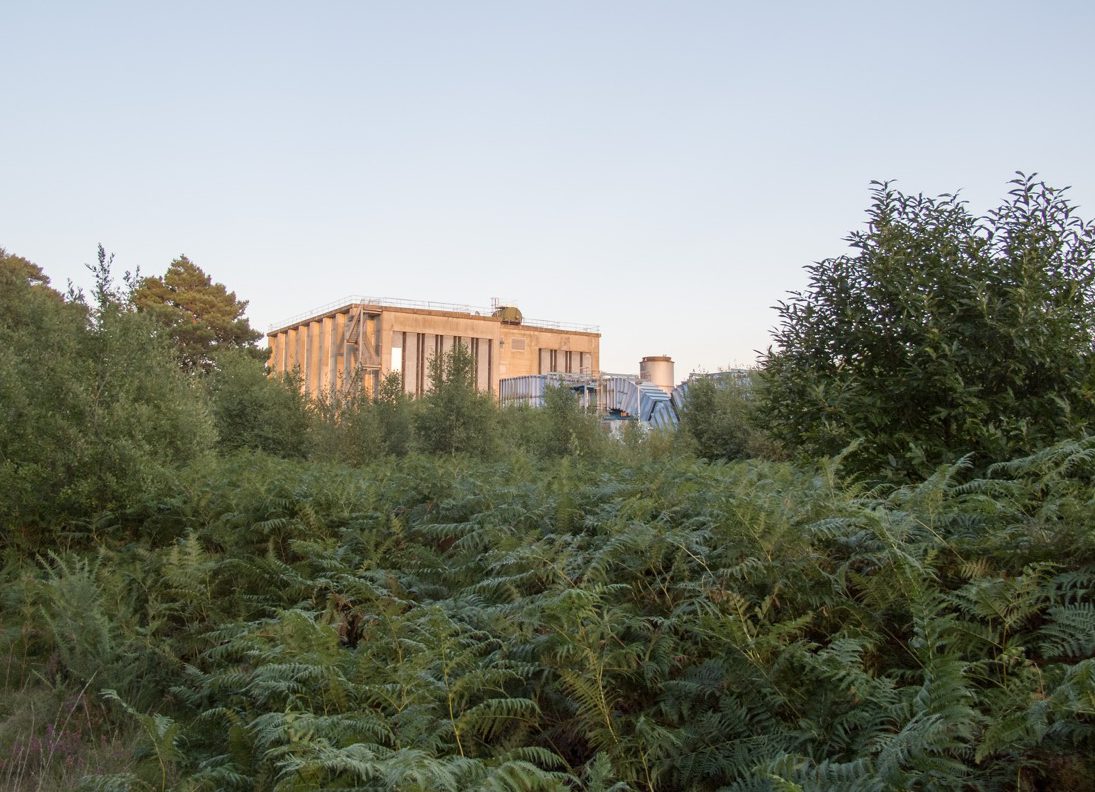 We interrupt this tale for a short site history: Pyestock was built as a world class gas turbine test facility by the British Government that opened after World War 2 (the site was planned in 1941) and eventually closed in 2002 after privatisation. It subsequently became an urban exploring mecca a few years later once the world wide web had exposed exploring to the wider world. The Anechoic chamber was built in 1974, and finally closed in 2016, some 14 years after the rest of the site. At the time of building it was the largest Anechoic Chamber in the world and is the best part of 100ft wide, 85ft high and 85ft long. That’s 10,000 cubic metres of engine noise test space. All of the internal walls are covered with noise absorbing triangular wedges, 7000 on total that are constructed from glass fibre and covered in canvas type material. The walls are 14inch thick reinforced concrete and all surfaces under the wedges are covered in either 4 or 8 inches of rock wool sound deadening material. This made for a very quiet place. There is a great deal of extra info here if you’re interested.

During our visit, we managed to see the main chamber, the basement of the control room and the views from the roof top before we ran out of both time and nerves to see anymore (god damn security parked outside on a quad bike). Unlike the old Pyestock site, everything has been sanitised and cleared out completely, so there was little rummaging and reading to be had. 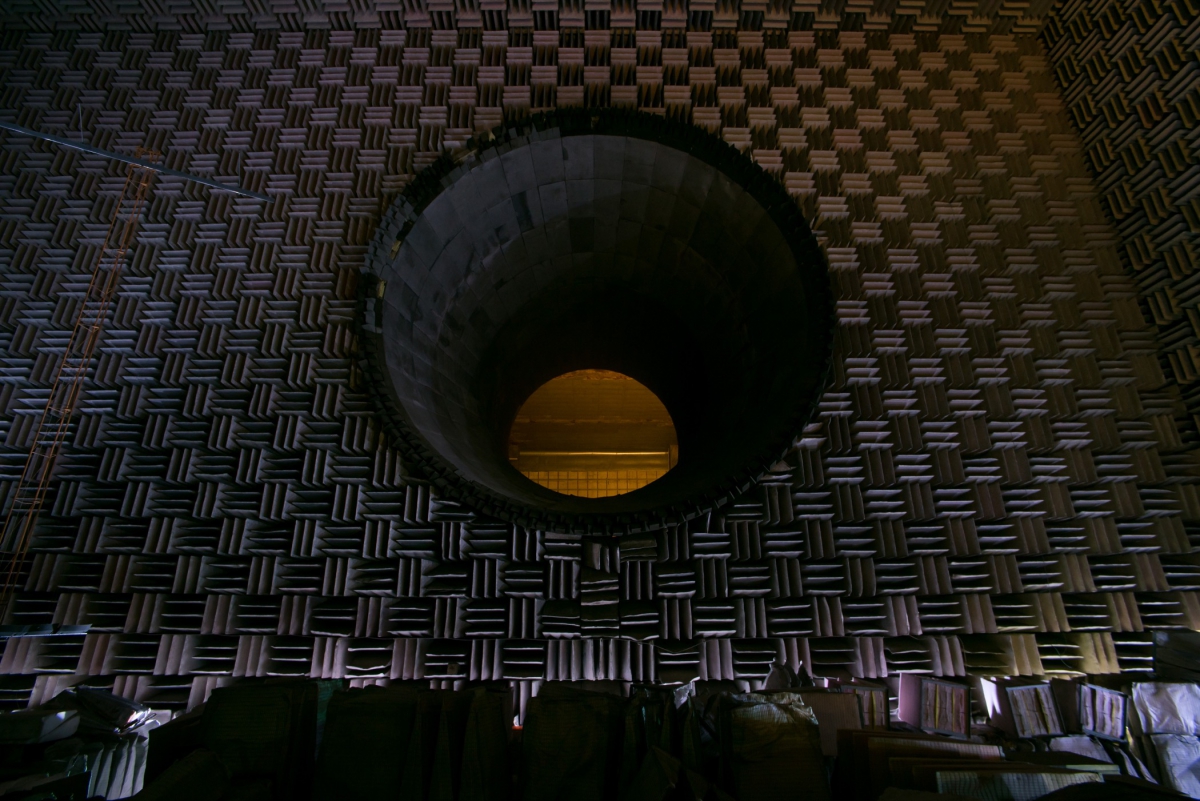 An excellent, final piece to the Pyestock enigma, undoubtedly one of our favourite explore sites ever and the one site we didn’t think I would see again. 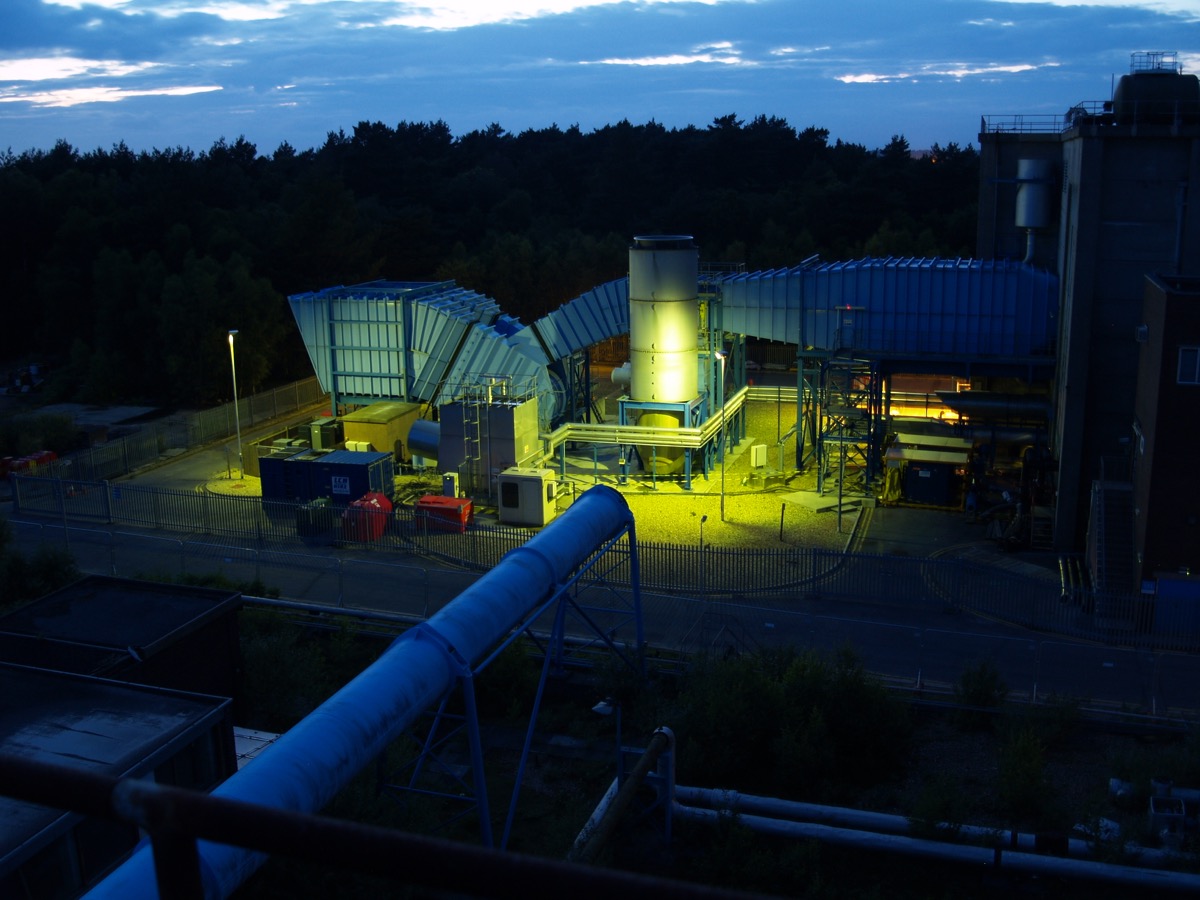 The still in use Anechoic Chamber, photographed from the now-demolished Bramshott Cooling towers, summer 2007, way back when it seemed out of reach all those years ago.