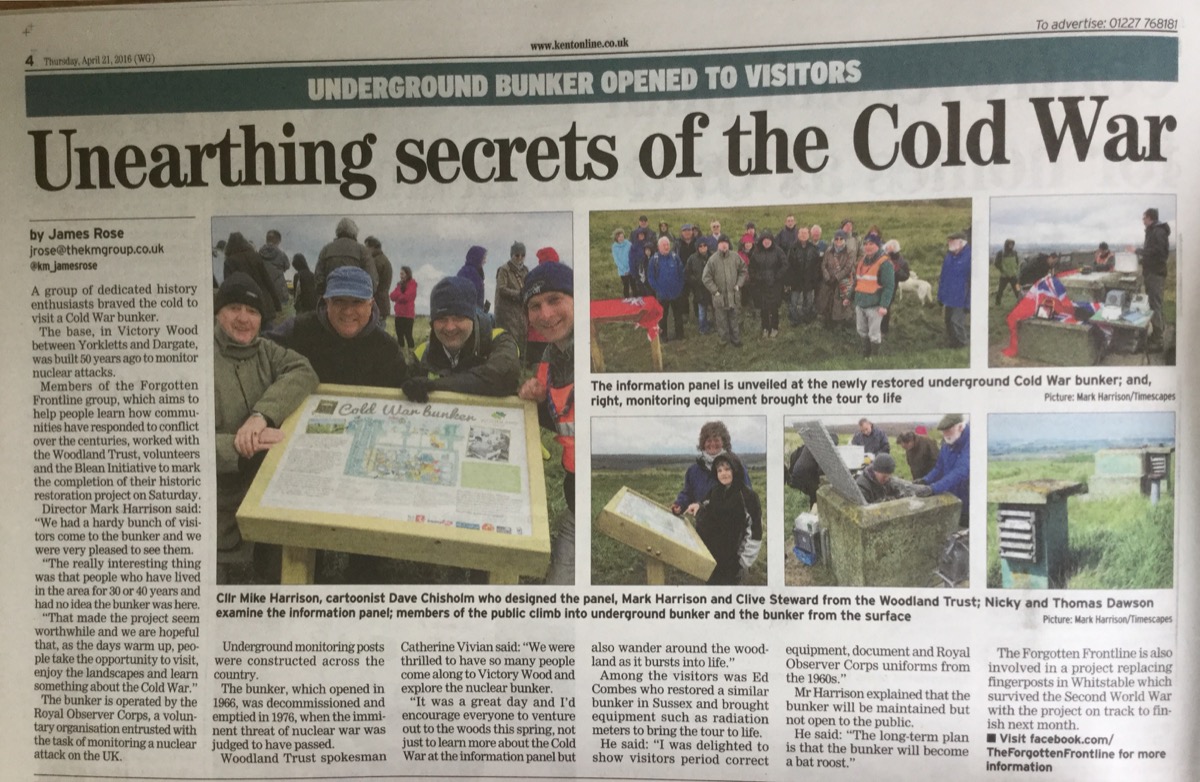 Another successful year at Cuckfield, we had 305 visitors spread over 3 open weekends during the months June, July and August. Our most busy weekend was the final one at the end of august. We were lucky enough to be visited by a number of former Observers, Brian from Horsham Post, Judy from Lewes Post, Bob from Bedford Group Control, John from Leyton-on-Sea Post Colchester Group and Adrian from South Holmpton Post (who also kindly donated us a secomak siren). We were honoured to have them visit and it was a real pleasure to meet them and hear stories from the men and women who actually served on these posts and group controls. We made sure all of them were aware of the ROCA and the ROCBF by giving them leaflets or telling them about it. We have also made a donation to the ROCBF and the local village Museum out of the voluntary donations that people have given us on the open days.

We had a minor disaster at the post after the spring with a leak in the shaft and a large bit of the GZI mount coming away necessitating some fairly large concrete repairs, which we have duly done, and after battling the water ingress and subsequent mould we are now water tight again and all is well.

We have also been lucky enough to find a few more items of equipment we were missing, an ROC issue Clarke pneumatic mast, a pair of post chairs, some uniform items and some books and paperwork. Thanks go to Al of Portadown ROC Museum in Northern Ireland for helping us source some of these items. We also had some help from Subbrit who produced and printed a small handout leaflet that we can use for publicity and for people to read on open days.

We don’t just do the open days in the summer months, we also have been lucky enough to be able to give advice or help on some other projects outside of the open ‘season’. Here are some other things we have been up to in 2016.

All in all a busy but productive year, but the post is now stripped and empty for the winter and now we are looking forward to 2017!